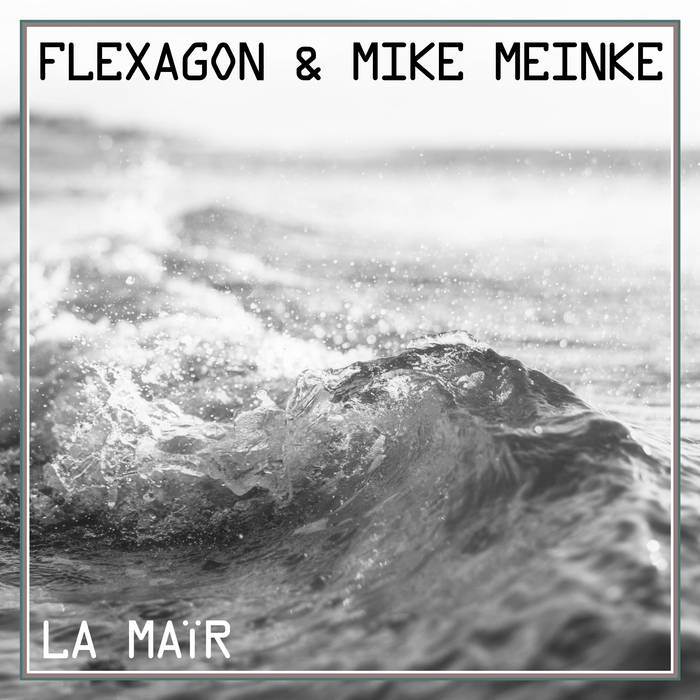 The last time Flexagon and Mike Meinke collaborated resulted in 2016’s Drifting (Into The Light). Supported by BBC Introducing, this song was played on Radio 1 and BBC6 music.

With La Maïr, their offering is instrumental and experimental. On the face of it it’s far away from the pop sensibilities they displayed on Drifting, but deeper listening reveals once again Mike’s intricate guitar work is blended with Flexagon’s atmospheric textures and production.

The way this track came together was a departure and pushed both artists out of their usual comfort zones.

Locked away last autumn for a weekend in their friend’s private bar left them free to experiment. After completing some single-mic, direct to tape recordings for a couple of Mike’s existing songs they moved on to writing some brand new music.

Flexagon: ‘I don’t jam and can’t play easily with other musicians in real-time, so improvising in practice rooms or around campfires is out. Music writing is a solitary occupation, usually late at night, picking my way through chords, melodies and bass.’

Mike: ‘Like Flexagon, writing is normally a solitary process for me. Having to work in a completely alien way brings out a different kind of creativity and I think that’s evident in La Maïr.’

Flexagon: ‘I played the chord progression the first half of the track is based on and Mike improvised over the top. The heavily effected guitars were recorded live like that in the room, through a mic’d up guitar cab.’

In addition, most of the drones and textures in the introduction and first half are also Mike’s guitar work - slowed down and layered up to reveal unintended vocal and choral undertones.