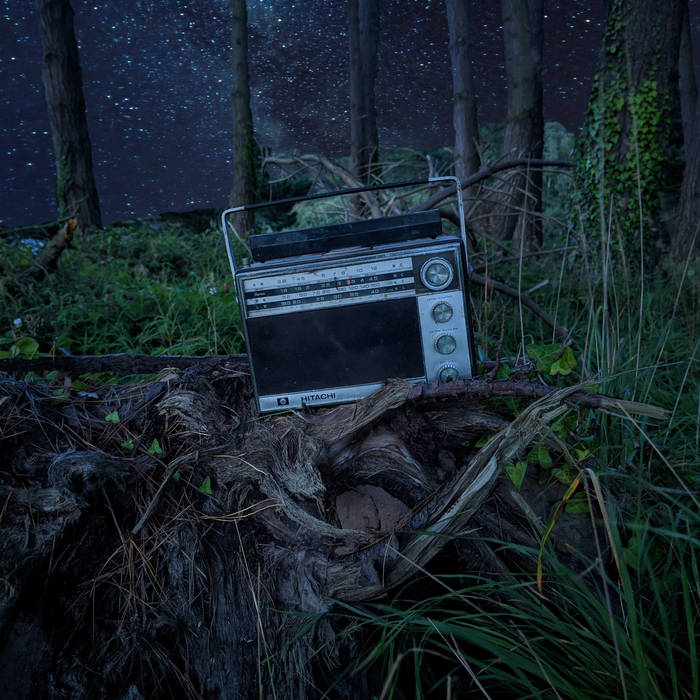 Forms In Space was written for the Dark Outside radio broadcast, planned to be from Kurt Schwitters’ Merz Barn as part of Aerial Festival - March 2020.

‘What is The Dark Outside?

I wrote this track in early 2020 specifically for The Dark Outside. It should have been played as part of their broadcast at Aerial Festival in the Lake District. Their 24-hour broadcast, consisting entirely of unheard material, was due to take place in March 2020 and broadcast from Kurt Schwitters’ Merz Barn in Cumbria. As with so many other events, Aerial was cancelled.

Until Covid-19 hit, the only way to listen to the occasional Dark Outside events was to head near the broadcast site with your FM radio and tune in. The broadcasts aren’t archived or available online, they exist only in the moment. However, after the cancellation of Aerial festival the broadcast was streamed on Twitch, where many artists spent a lot of 2020 having never used it before.

The name Forms In Space comes from one of Schwitters’ collages (Mz 169. Formen im Raum).

The track includes broken breaks, shortwave sweeps, and some sounds that I don’t think FM radio can reproduce. I wanted to see what, if anything, would happen! The music is mostly samples, which reflects Schwitters’ collage work but isn’t the way I normally make music. The end result is not really like anything else I’ve produced. Along with being inspired by collages I also thought about what would sound slightly odd and disorientating to late night listeners in the middle of nowhere. Even better I thought if you could faintly hear in the distance other radios and groups of people tuned in to the same thing.

More on the Dark Outside, Aerial Festival and Kurt Schwitters: