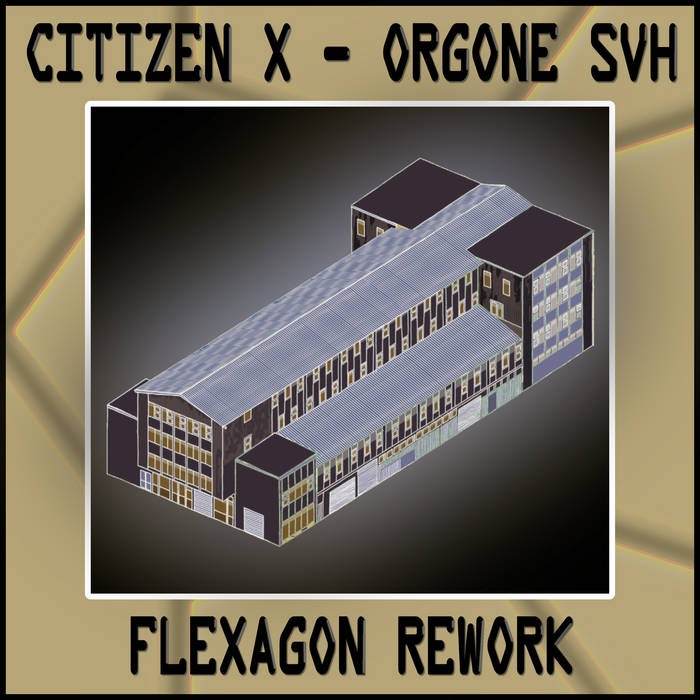 The original Orgone SVH track is a 20 minute ambient experience. Citizen-X was commissioned to write music accompanying a comic story by Mikal Dyas about an Orgone accumulator. The world's largest Orgone accumulator built in an abandoned Guernsey office building no less!

This rework comes in at just over 7 minutes. It is a condensed edit of the original music and sounds re-imagined Flexagon style. I was kindly given both the Midi and audio of the track by Citizen-X to rework. I went through the music without paying attention to the original flow of the track or the original instrumentation. Some light editing of Citizen-X's notes was done to suit the new structure and atmosphere of the piece as it took on its new form. Then I added back in some of the more ambient original audio parts to the new music. This process half discovered, half inspired a lovely mellow bassline and a simple piano part that Citizen-X wasn't aware was hidden in their own track.

"Citizen-X is Patrick Devaney, a synthesizer junkie, who makes and performs music “from a head full of dreams”, using only his iPad and a selection of software apps. His compositions are fired by his love of Sci-Fi and popular culture, and feature elements of electronic dance music, synthwave and chill out sounds. Citizen-X is a regular contributor to his local “BBC Introducing” show, and has recorded several live sessions for broadcast. He has performed on the Guernsey live gig circuit and in Jersey.


His albums “Tales To Astonish”, “Amazing Stories”, “The Outer Reaches” and his EP’s “Giant Steps”, and “As Darkness Falls...”are available on iTunes, Spotify and Bandcamp"

What on earth is an Orgone Accumulator?

To Wikipedia! - "Orgone is a pseudoscientific concept variously described as an esoteric energy or hypothetical universal life force. Originally proposed in the 1930s by Wilhelm Reich"

I'll leave you to the deep internet rabbit hole reading up about Orgone and Accumulators could lead you down. I suggest you start by watching the video for Cloudbusting by Kate Bush to ease you gently into the subject...................